We invite you to visit our photo gallery of the current state of Alameda Marina.  Redeveloping the property is the only mechanism to fund the more than $30 Million required to upgrade infrastructure at the Marina. 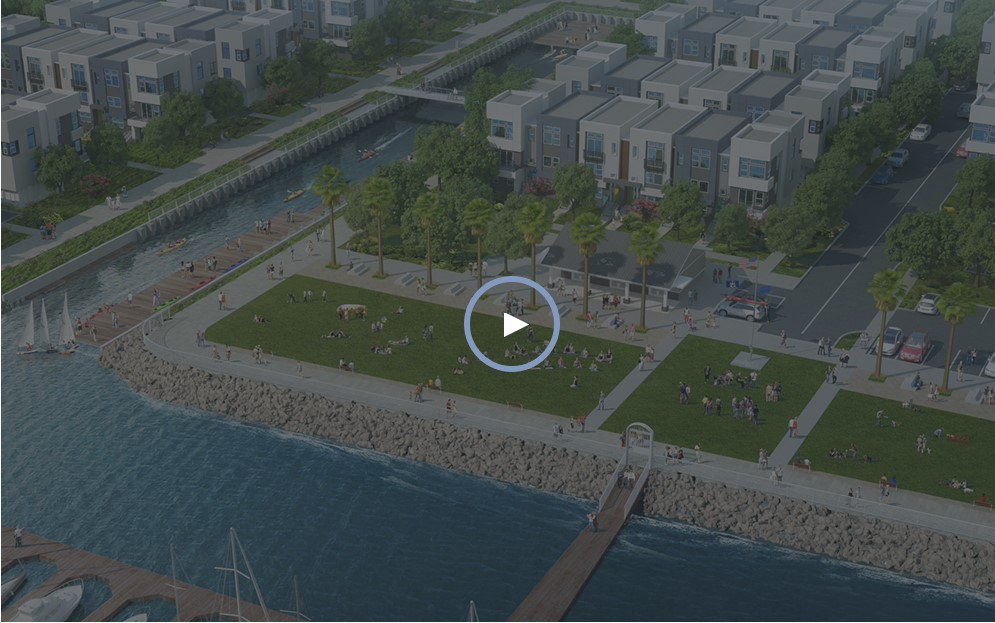 You can also learn more from our downloadable fact sheet.

How many businesses are located at Alameda Marina, and how many are maritime businesses?

83% of Alameda Marina is essentially a parking lot. Buildings cover only about 17% of the developable site.

Today there are 84 tenants at Alameda Marina using approximately 245,000 square-feet of commercial space. These include office, warehouse, retail and maritime businesses.

Of the total square footage, 99,000 square-feet are maritime uses (half occupied by Svendsen’s Boat Works and a third by DOER, both with inefficient layouts).

The maritime uses at Alameda Marina are important to its history and will play a critical role in its future. Our plans will dedicate approximately 75,000 square feet to maritime businesses and will seek to retain maritime jobs at the site, including some existing businesses.

What will happen to the current tenants of Alameda Marina?

As we go through the lengthy planning process, we are meeting with our tenants to understand and assess their business needs. Some tenants will be a good fit for the future of the Marina and others may decide to relocate. If a tenant is relocated, we will offer relocation assistance. In fact, we already are working with the City to determine commercial space availability throughout the Island.

Tenants with month-to-month, or expiring, leases have been offered to continue to lease their space at the current rent for an additional 12 months, with an early termination option.

Will Svendsen’s Boat Works remain at the Marina?

The Svendsen family is exploring all of its options to keeping the Boat Works in Alameda, including the possibility of maintaining a smaller version of Svendsen’s Boat Works at Alameda Marina.

How many people does Boat Works employ and what will happen to Boat Works’ employees?

Many employees have been members of the Boat Works family for years and some for many decades.

Once the family has a plan for the future of the business they will be able to assess job retention or relocation.

Will dry boat or RV storage remain at Alameda Marina?

Alameda Marina has 720 Dry Storage spaces currently at 91% occupancy. Approximately 80% of dry boat/RV storage tenants are from outside of Alameda.

Of our 720 dry storage spaces, only 178 spaces contain sailboats, and of those, only 123 sailboats are sailable and would need relocation.

Two boat hoists on site are for private use. These hoists, and the general boat Marina, are used mostly in late spring, summer, and early fall, with peak usage during weekends and on Wednesday nights. During peak boating season the parking lot experiences between 30% to 50% occupancy.

Alameda Marina is looking to retain a portion of the dry boat storage spaces as part of its future plans for restoring and revitalizing the Marina.

We also are examining options for our customers to relocate to alternative dry boat and RV storage sites, starting with sites in Alameda and expanding throughout the Bay Area. Options currently include:

Will you retain boat repair at Alameda Marina? If not, what alternatives exist for these services?

The Svendsen family is exploring options for maintaining these services in Alameda.

Since its inception in 1963, Svend and Suzanne Svendsen grew Boat Works from a one-man shop into to one of the largest and most pre-eminent boat repair and supply businesses on the West Coast.

While their business needs, and the needs of customers, have changed over the years, the family would like to preserve some of these services, or find alternatives for its loyal customers.

Will Alameda Marina retain the existing Marina and boat slips?

Alameda Marina consists of 11 piers containing 530 wet berths with 79% occupancy. We plan to maintain the existing 17-acre Marina and most of its boat slips in the future.

More than 50% of the slips are in need of repair and/or rebuilding. $1.6 Million has been spent in the past three years on repair and safety upgrades, as well as on rebuilding costs associated with the Tideland parcels and Marina.

By restoring Alameda Marina, we will embrace the maritime history of the site by continuing the current level of maritime services, updated to correspond with the level of investment in Marina infrastructure.

What is the current zoning on the property?

The property is zoned MX, Mixed-Use Planned Development District, with MF, Multi-Family Overlay, and M2, General Industrial. Most of the site is within the MX zone, with some portions along the water in the M-2 zone.

These uses must fall within the zoning districts referenced in the Zoning Code for the MX zone.

How much of the property is under the Tidelands Lease?

Approximately 16.96 acres fall within the Tidelands Lease Area, and 11.67 acres of this are the 530 boat slips of the marina.

What kinds of uses are permitted on the Tidelands portion of the property?

A 66-year Tidelands Lease was executed in 2012 by the Alameda City Council. The Tidelands Lease is based upon a private/public partnership with the City, with a requirement to begin the development of a “comprehensive rehabilitation of existing improvements on the site and construction of a new higher-value project” by the end of 2019.

Our Tidelands Lease Agreement with the City calls for ongoing reinvestment of capital to repair and restore the Marina, including conditions to make an initial $10 Million investment by the end of 2019.

How much residential housing will be developed?

To help meet the City’s regional housing requirement, as required by State law, Alameda Marina is one of eleven properties designated by the City for re-zoning in its 2014 Housing Element Update.

The housing element calls for 396 units at Alameda Marina.  Once we complete our planning process, we will know the total number and types of housing units that fit a new, mixed-used plan for Alameda Marina.  It is through this development that we will create value to restore the Marina, establish public access, and provide other amenities for all Alamedans.

The current zoning for residential/mixed-use development is essential to raising sufficient funds to provide the public infrastructure needed in the northern waterfront. This includes upgrading the shoreline, Marina and the City infrastructure along Clement Avenue, as well as a transportation infrastructure to serve all Alamedans.

What other economic benefits will the project bring?

Our agreement with the City includes conditions to make an initial $10M investment, including a mixed-use commercial and residential project, by the end of 2019. This investment includes improvements to the shoreline, new public access to the waterfront, as well as other public amenities for the entire community of Alameda. Alameda Marina has spent approximately $1.6M on capital reinvestment into the Tidelands Lease since it was executed in 2012.

More than $30M will be required to upgrade the infrastructure at the Marina. These costs include upgrading more than 2,700 feet of existing shoreline, upgraded utilities and roads to service the Marina, dredging portions of the Marina, new utilities (sewer, water, gas, electric power) to service Clement Ave., accommodating sea level rise, upgrades to Clement Ave. (new bike paths and signalization), and public open space, including the Bay Trail.

Additionally, construction of the project will generate hundreds of jobs and stimulate the local economy through spending on the Island during the construction phase.

Ultimately, redeveloping Alameda Marina will help expand the City’s jobs base as it will encourage businesses to locate closer to where their employees live, while opening this stretch of waterfront to all Alamedans.

This re-development is made possible through the existing Residential/Mixed-Use Zoning – the only mechanism for funding that can address the infrastructure costs and create a thriving Alameda Marina with employment, residences and recreation for the next 50 years.

Sign up to receive more information about Alameda Marina, including meeting notices, periodic news and other details about the project and its progress.